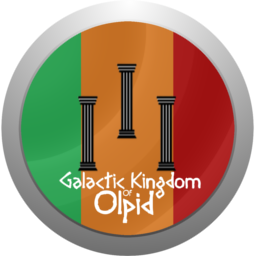 The Galactic Kingdom of Olpid typically referred to as the Olpidian Regime is a political party that runs the Galactic Frontier, a hub in the Delta Quadrant. This page goes over the historical background of the party along with its beliefs and policies. (This page is still under construction)