There are multiple game-release versions of the Oxalis embassy page.

Oxalis is a civilized space zone. 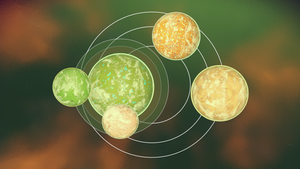 Oxalis Atlas is a Civilized Space Zone located near the centre of the galaxy Euclid. The zone is composed of the former constellations Taounari and Gadonar. During the Atlas Rises era, other galaxies were explored.

Oxalis Visions is a solo civilization and member of the United Federation of Travelers.
Headquarters: Akanera

The Oxalis area includes 10 stars, 30 planets and 8 moons. The Nesdori Spur region has been explored and documented since the Pathfinder update.