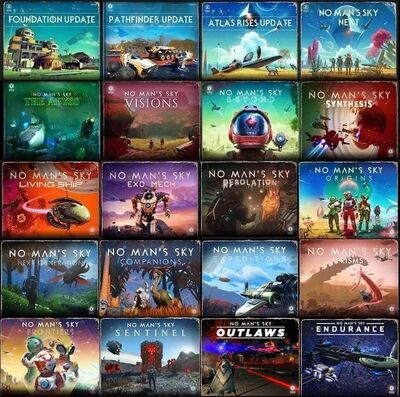 This page documents the patch and update releases of No Man's Sky.

There have been thirteen named updates after the game's initial release.

Each major release has been specifically named:

NOTE: Update 1.03 was announced the day before No Man's Sky was actually released, and so has a "release" date prior to the game's official opening day.