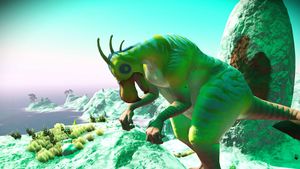 The creature Navantum for which the planet is named

Perea Perch - AH is a star system in the Aspitiusi Fringe region of the Euclid galaxy.

(Gallery to be added)