From No Man's Sky Wiki
(Redirected from Ship components)
Jump to: navigation, search
The subject of this article is from the Atlas Rises update.
The information from this article is up-to-date as of 23 July, 2018.

Starship components are used to upgrade a starship.

There are many different areas of a starship that can be upgraded or modified. Some of these areas will, of course, depend on the type of starship being modified. 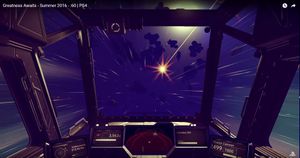 There are three basic types of drives (or propulsion) available. In order of increasing range and speed, they are:

All starships contain an instrument panel with a variety of screens and controls. The centre panel is the largest, and is used for starship navigation. The other panels contain ancillary information of various types (see picture below of the shield ancillary panel). 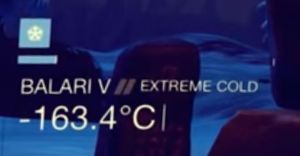 Starships include technology that displays pertinent information in the viewscreen without the need to look down at a hard-wired console. This is referred to as a heads-up display, or HUD for short.

Starships have a built-in scanner that allows the player to determine the qualities of a system or planet. This can be upgraded to view the wealth and Conflict Level of systems that you are not currently within.

Starships feature a variety of weapons that will vary depending on the type of ship. For example, trader vessels will generally feature heavier armament than explorer ships. Weapons include lasers, photon cannons, phase beams, and projectile weapons.

Ammo, like fuel, can run out. Its resources can be mined and purchased.

Deflector shields are the standard means of protecting a starship against enemy fire or collisions from space junk. They will prevent enemy weapons fire from damaging the actual ship, but their energy is drained a bit with each hit. They can be recharged using oxides to keep them operable, even during combat. If totally depleted, the deflector shield will drop, leaving the ship vulnerable to critical damage.