From No Man's Sky Wiki
Jump to: navigation, search
The subject of this article is from the Beyond update.
The information from this article is up-to-date as of 27 November, 2019.
This page fills the role of Embassy for a Civilized Space community. The information found here represents a user-created civilization that is a creative addition to the game.

The Sobek Colonial Confederation is a civilized space community.

The Sobek Colonial Confederation (a.k.a. Sobek Colonies or SCC) is a civilization located in the Alpha Quadrant of the Budullangr galaxy.

It was originally established in the region Poscovim Adjunct and was thoroughly explored by a single Traveller, HusbandVader during the Atlas Rises iteration. After NEXT the SCC relocated to the neighboring region Sea of Vuningar. Systems in the original region of Poscovim Adjunct renounced their membership after "The Great Reset".

The SCC motto is composed of four words, each from the four races that comprise the Confederation. The motto is derived from the symbol of a mythical creature known as a "rattlesnake", which would make a distinctive rattling noise to warn passers-by not to step on it. Although the rattlesnake would give fair warning to be left alone, it was also capable of inflicting a swift and deadly venomous attack against anyone who did not heed its warning. Such is the spirit of the Sobek Colonial Confederation.

The SCC anthem is "Do You Hear the People Sing?", (instrumental) a revolutionary call for liberty.

The SCC brings the four races together to overcome Sentinel resistance to building a civilization. Independently, the Gek, Korvax and Vy'keen cannot build complex civilizations without attracting the wrath of the Sentinels. However, for unknown reasons, Sentinels do not interfere with cities built by Travellers of the fourth race. Therefore, Gek, Korvax and Vy'keen members of the SCC can take advantage of complex infrastructure built by the Travellers in order to better pursue their own interests.

Member systems of the SCC enjoy the following benefits:

To gain membership in the SCC systems must:

All member systems of the SCC retain independence and sovereignty belonging to the original controlling race (Gek, Vy'keen, Korvax) with the exception of any enumerated powers otherwise specifically delegated to the SCC in the Colonial Articles of Confederation.

Members of the Sobek Colonial Confederation adhere to the following principles:

The Sobek Colonial Confederation consists of NPC-controlled star systems. The following non-NPC Travellers are declared citizens of the SCC:

Travellers who reside (in any game mode on PC) within 10,000 light-years of the Capital are eligible to become citizens of the SCC. Travellers who wish to declare their citizenship must contact HusbandVader with their name, game mode and home portal address. Upon confirmation of eligible residence, new citizens will be added to the official Census listed above.

Proof of residence may be checked periodically and citizenship updated accordingly. 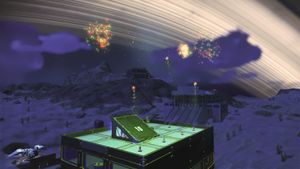 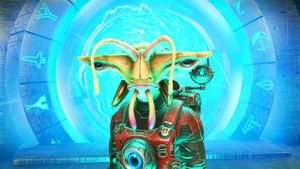 The Sobek Colonial Confederation is organized as a Constitutional Confederation, where each member system retains its own sovereignty, with the exception of specific and limited powers delegated to the Colonial Assembly.

The Colonial Assembly is comprised of 3 branches

Each member System is also entitled one diplomatic representative known as an Ambassador. Ambassadors are authorized to address The Senate directly and are considered official spokespersons of their respective Systems. An Ambassador represents their System's interests within the SCC, often in close cooperation with their Tribune and Councilor counterparts. Although Ambassadors may function in consort with their System's Tribunes and Councilors they do not have voting rights in The Colonial Assembly.

Non-member Systems (or civilizations) may send a diplomatic representative, known as an Envoy, to directly address The Senate. In order to be officially recognized, an Envoy must be sponsored by at least 3 member Systems.

2. Friedrich Hayek City on Giyannia Gamma in the system Abullist

The Executive branch consists of three individuals with equal voting rights and is called The Triumvirate. Any decision requires 2/3 vote.

On the Great Reset, by Imperator HusbandVader on July 10th, 2018:

"Tribunes, Councilors, Citizens of The Confederation, I stand before you today with news that may shake the foundations of our very reality. The Atlas has bestowed upon me knowledge of an impending upheaval that will fundamentally change the universe as we know it. The exact nature of these upcoming changes is unbeknownst, however I advise all members of The Confederation to prepare yourselves accordingly for what I am calling, The Great Reset.

Systems throughout the Poscovim Adjunct have benefited greatly from their membership within The Sobek Colonial Confederation. Peace, prosperity and discovery have reigned supreme among every system of the SCC. We have enjoyed a Golden Age of cooperation and philosophical enlightenment. But no matter how successful we are as a civilization, we are nonetheless still subject to the laws of physics and the Will of The Atlas.

Two weeks from now The Atlas will reshape our reality in The Great Reset. Will we be changed? Will our Confederation survive? Will we even remember our lives before The Great Reset? Only The Atlas knows. All we can do now is to stand proud, side-by-side, Gek, Vy'keen, Korvax and Traveller, united by our common goals, our moral principles and our tenacity to survive. Do not be afraid of the future, rather take pride in the accomplishments of the past. The Sobek Colonial Confederation stands unafraid to face whatever future The Atlas has in store for us after The Great Reset."

The Senate is a bicameral legislative body comprised of two branches:

The selection process for Tribunes and Councilors shall be determined by the individual member systems. Although a democratic election is recommended, it is not required. Every two years both Chambers are required to vote for their respective leaders. 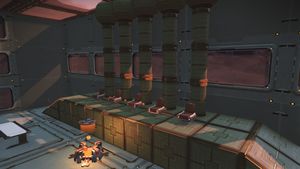 The Forum is located in the Capital and consists of five Praetors, appointed by The Triumvirate:

The SCC seeks peaceful diplomatic relations with all other civilizations throughout the known universe. However, the SCC will not hesitate to defend itself and its allies from any outside aggression.

The SCC remains an unaffiliated civilization and shall not become involved with any military alliances. The SCC will however be open to Declarations of Friendship and Non-Aggression treaties, at the Imperator's discretion.

The SCC will not become involved with any conflicts arising between other civilizations.

Unless "Emergency Wartime Procedures" are in effect, any member system reserves the right to secede from the Sobek Colonial Confederation at any time and for any reason. A system that secedes or is expelled cannot re-apply for membership for a period of one year.

This section details the member systems as well as the number of habitable planets/moons within each system.

Star systems in the SCC typically contain the tag {SCC} after the original name.

There is no guidance provided for the naming of planets, ships, freighters, multi-tools, flora, fauna or waypoints.