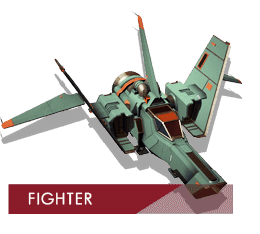 The following is a list of various Fighter-Archetype starships discovered by different players during the Atlas Rises era.

(For a list of all ship types, refer to the Starship Catalogue (Atlas)

Ships in this class feature a potential damage and a shield class bonus. These ships are the mascot ships of No Man's Sky, and are also the primary starships of pirates across the galaxy. Imgur author Sylvester Spaceman has created a Fighter Parts Catalog and says that for fighters "these are four main body types. Basically two variations of two types of canopies." [1]

The inventory ranges for Fighters are 15-19 for small, 20-29 for medium, and 30-38 for large. The list below is separated by Inventory class and then sorted in alphabetical order. 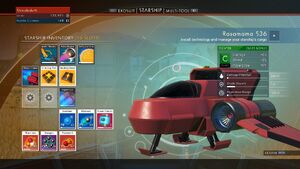