Stasis Device is a tradeable.

Stasis Device is a tradeable that can be crafted.

A device specifically crafted to keep lifeforms alive for thousands of years longer than their natural lifespan. Such a device requires great skill to manufacture, as not only is it technically complex, but the consequences for a user in the event of malfunction would be disastrous.

The blueprint can be acquired from Manufacturing Facilites. 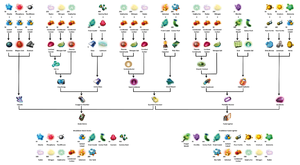 Stasis Device can be built using a blueprint and the following ingredients:

It is one of the most valuable craftable items in the game, alongside the Fusion Ignitor.