The Sumoha Starfleet is a Civilized space community. 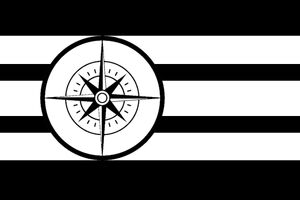 The official flag of the Sumoha Starfleet. 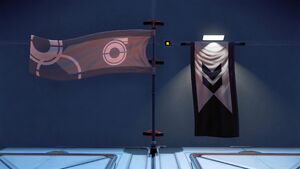 The official in-game flag and banner of the Sumoha Starfleet according with the Federation Vexillology Department.

The Sumoha Starfleet is a Civilized space community.

It is a nomad society born in the Diuhei Nebula region of the Euclid galaxy.

The following are catalogues of the official discoveries made by Starfleet members which follow the Starfleet Naming Conventions. The lists may also include not-recognized items which were discovered before the Naming Convention was instituted.

SSS "name of the system".

SSP "name of the planet".

It's not an obbligation to rename a starship.

It is not an obligation to rename a creature or a plant.

Every No Man's Sky player is free to join the Starfleet. If you want to become an official member of our society, you just need to :

As Plihnyo Tahcito wrote, the origins of the Starfleet have their roots in the distant past : "The Atlas has not always been present in our Galaxy. One day...it arrived. And it was not alone. It brought with him its children: the Sentinels. Billions and billions of drones that invaded every single planet of the Euclid galaxy. And then they passed to the next galaxy and the next one. They were literally everywhere. Initially they seemed to have peaceful intentions. They spent their time observing and studying the organic nature that surrounded them, meticulously cataloging every life form they discovered. Then they started to attack. They destroyed everything. Cities, empires...nothing remained. Whole civilizations were annihilated. The Sumohas, following the example of the Vy'keen, were among the first to react. We started a war of colossal proportions, hunting sentinels through the whole Diuhei Nebula. Loses were huge, but we did not give up. We continued to fight day after day. Until we went too far. We attacked an Atlas Interface, destroying it. It was this that led us to ruin. The Atlas ordered its sentinels to destroy our entire homeworld, Kohine. Just a moment was enough. Nothing remained of our beautiful planet. Only a few hundred Sumohas survived, which dispersed around the four quadrants of Euclid. We lost everything. But, one day, a brave Sumoha decided to take back the reins of his people. The Admiral Jusehppe Ihtalo assembled a Starfleet and gathered all the members of his race. He promised them that he would lead them to a new planet, a New Kohine. His words succeeded in raising the soul of a people now resigned. We decided to leave. We would follow the Admiral wherever he was went. And we would not be stopped by anything or anyone. Since then, the Sumohas travel through space exploring every planet they discovered. We are looking for a new world. A place where to live. Where to start again. A world that we can call...home".