Taquart Main Base is a player base.

Taquart Main Base is a player base, located on the planet AGT Embassy in the AGT Nexus system.

AGT Embassy is the capital planet of the Alliance of Galactic Travellers.

The building serves as the representative of the builder to the AGT.

It is administered by AGT traveller Taquart. Documentation services are provided by CELAB Galactic Industries on consignment to the AGT.

The building appears to be be completed as of 1-May-2019.

There are numerous other bases nearby, including as follows:

Additional bases are located on the same planet in further regions. 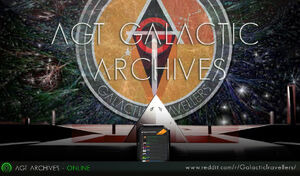