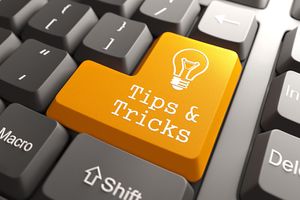 Tips and tricks is a guide about providing a list of game hints.

This page contains a growing list of tips and tricks to help you with your No Man's Sky adventure. While some tips are more suited to newer players, even seasoned travelers may learn something from this list. Many of these tips and tricks have been collected from other guides and resources, but feel free to add your own tips to the list!