Unification Day 2019 (PC) is a star system in the No Man's Sky universe.

This is the system selected for the 2019 Unification Day celebration. This cooperative event was held December 28th 2019, at 20:00GMT/ 15:00EST/ 07:00ACT, across all platforms. Built by multiple civilizations, players, factions, and groups, this was an effort to show a unification of the players of No Man's Sky.

Hosted by: The United Federation of Travellers

The planets here are arranged from nearest to farthest from the Space station. All screenshots point towards the Unification Day 2019 host planet, Point.

Located approximately 5500 LY from AGT Nexus, the capital star system of the Alliance of Galactic Travellers. 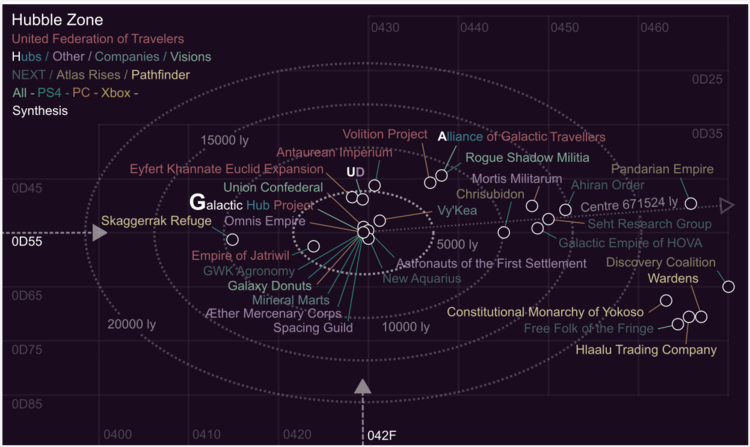 Emblem for the United Federation of Travellers