Unification Planet is a planet in No Man's Sky.

Unification Planet is a planet in the star system Unification Day on the PS4 version of the No Man's Sky universe.

An absolutely beautiful lush planet with spectacular river canyons and an abundance of trees now known for hosting Unification Day 2017.

A number of Bases have been built on this planet. 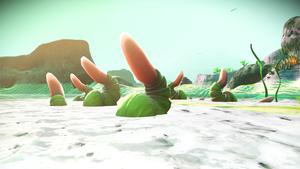 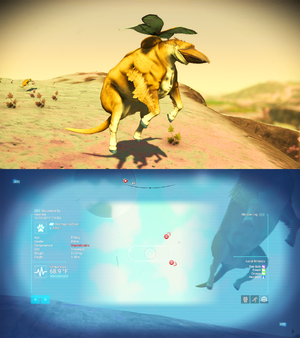