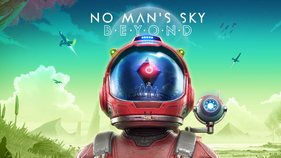 It introduced bug fixes. The previous update is Update 2.00.

No Man’s Sky: Beyond was launched only yesterday, and we are overwhelmed and delighted by the number of players who have already spent time enjoying the update. It’s incredible to see so many players engaging with the new features so soon after release. It means a lot to us to read all your enthusiastic and supportive comments.

Thank you so much to everyone playing, and especially to those reporting any major issues they’ve encountered via Zendesk or console crash reporting. All the information you provide really helps us track down and tackle problems quickly.

We have been working to address a number of the reported stability issues, and have released a patch, 2.04, to PS4 and Xbox One.