From No Man's Sky Wiki
< User:Intothedoor
Jump to: navigation, search
The subject of this article is from the Atlas Rises update.
The information from this article is up-to-date as of 23 July, 2018.

RagnarTheBat is the founder of The New Hub Order, a civilization in No Man's Sky. 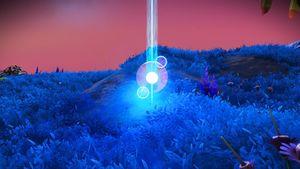 Cheers to the man who built the NHO

The Story of The Player[edit | edit source]

A colorful tale of how the New Hub Order was born.

The Life of Ragnar[edit | edit source] 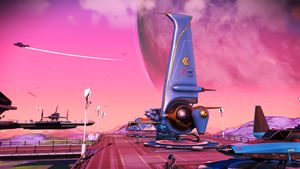 Preferred to travel in style

RagnarTheBat a wild Explorer deeply rooted in the ancient religions, became unhappy with Euclid and the normalcy of the galaxy. He needed a challenge, a goal, he wanted to explore.

Through a grueling distance, he found his way to the 7th Galaxy Budullangr, and eventually moved to the Core. He pressed the limits, searched the corners and went madd out there alone deep in this galaxy. He pressed his luck and got so close to the Core he charred his exosuit... 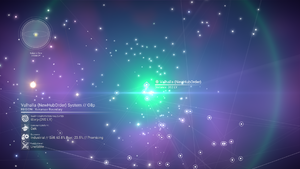 Few have the will to travel so far

His Spirit was met with lightening, his bold Viking-like beard smelled of the fire, He touched the Star but the damage was real. Reeling from his wounds he become disorientated and dropped into a deep hypnotic trance; he had The Vision. He dreamed of a glorious Region at the Core, a place where wild travelers from all over could call home, a place of freedom, a place that is nowhere near normal. From this vision The New Hub Order was born, The Budullangr Hub was begun. 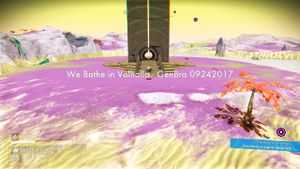 In the early days Ragnar found and helped many travellers, one was a small energetic company GenBra Space Corp, who quickly began to work with The New Hub Order discovering the vast space around the new Capital, Valhalla. They worked side by side for some time but soon it became apparent that the Core had burned too deep into Ragnar.

His once great exosuit was now worn and failing. The powerful become weak, the young become old, and our great founder became dust. His funeral pyre was a bright burning light that reflected off his home planets waters for weeks. Ragnar's Base remains on a lush water world. His Farm provides a dream-like view and 16+ Circuit Boards. 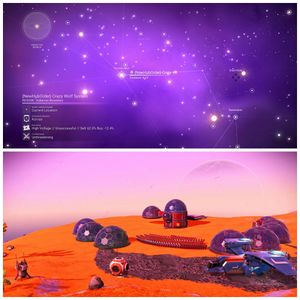 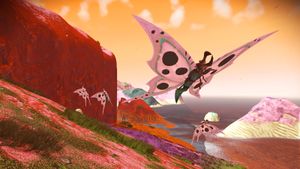 The loss created a hole in The New Hub Order; thru sheer need GenBra Space Corp took up the reins and to this day still leads the charge for a greater Hub at the Core of Budullangr.