THIS PAGE IS A WORK IN PROGRESS. Please do not edit for now. 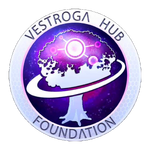 The following are examples of possible system names using both the primary tag and secondary tags. Note that these are just "imaginary" - they don't actually correspond to any in-game locations.

This system is located in the first (core) region (Vestroga Nebula). A record-breaking shark can be found in this system. Available resources include Kelp Sacs, Murrine, and Vortex Cubes.

This system is located in the fourth region of the Vestroga Hub (Rezital Mass). It has a wealthy economy, and ~8 meter diplos can be found here. Available resources include Calium, Radnox, and Gravitino Balls.

This system is located in the eleventh region of the Vestroga Hub (Oikawai). It has a high conflict level. At least one exotic planet can be found here, along with an alien multitool and an Exotic Ship that may be especially nice. Available resources include Sac Venom.

This planet contains no fauna, and no flora besides standard resource plants and possibly the occasional mushroom. It has some type of interesting geological formations. Available resources include Thamium9 and Plutonium.

This planet contains an Alien Multitool (ideally marked by Communications Station) and has a high population (frequent buildings). Available resources include Murrine.

Many fauna species can be found on this planet with ease. The Sentinels are hostile, and the planet experiences extreme heat. Available resources include Radnox.

NOTE: There is no way to actually enforce the mandatory nature of this tag, but if you choose not to use it, you'll be doing a disservice to your fellow Vestrogans. On the other hand, we all make mistakes, so don't feel bad if you upload a "[VHF7-" system - we've all been there, but try to avoid it.

The "main" or "primary" tag is the most important part of our naming guidelines, and conveys a lot of information in a compact space.

1. VHF Marker & Region Number - This part is simple - it just lets people know this system is Galactic Hub space, and which part of our space. Its format is [VHFn, where "n" is the region number: The Vestroga Hub maintains the following 11 regions, which make up the Vestroga Tree. The Vestroga Hub also occupies a number of "Huburb" regions in an unofficial capacity.


So for the Iletaniy Shallows, for example, all tags within that region would begin with "[VHF3".

2. System Info - This part lists a few important characteristics of the system.

If this is too confusing, just retain all 0's.

Coordinate strings can be located by pressing up on the D-Pad, or PC equivalent, and then building a Signal Booster.

These are all combined using hyphens and square brackets, so some examples of final Main Tags could be:

Secondary tags come after the system or planet name, with the sole exception of the Hostile Sentinel Tag {!}. Secondary tags are surrounded by regular parentheses. While not technically mandatory, these tags often provide vital information. The general idea for secondary tags is, "Include whatever you feel is most important about the system."

The list of possible secondary tags below is organized by most to least important. The tags on the top of the list, if they applied for your system, should probably be included above all other information. On the opposite end, the tags at the bottom should probably only be included if nothing else applies to the system. However, unlike the primary tag, what you include in your secondary tags is really up to you.