Visakari V is a planet.

Adventurers and fortune seekers have long regarded Visakari V with a mixed sense of fear and wonder. The Sentinels guard this toxic, treasure-filled planet with intense ferocity. In addition to this, the planet's treacherous terrain and wildlife make it an exceptionally difficult place to stake a claim. Few come here, fewer survive, and hardly any have obtained Visakari's forbidden riches. 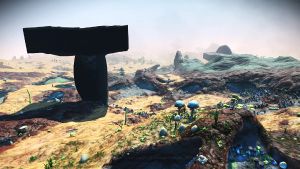 Treasure Hunter's Folley - this small camp may be of use to those in need of a temporary base of operations.

This outpost was constructed from the remains of a derelict vessel which crashed on the planet Visakari V.

Prospectors and adventurers from around the Galactic Hub Project frequent the camp in search of temporary shelter and the camaraderie that can only be shared among those seeking fortune on such a harsh world. 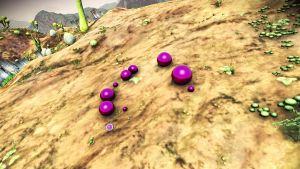