Yavil is a space object.

Yavil is a space object that is either: 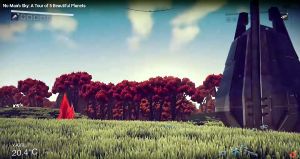 An odd building exists on Yavil-the-planet with sounds of machinery coming from inside.

Various small creatures can be seen in the grass.