Zuplhli-ExpGuild is a star system in No Man's Sky.

Zuplhli-ExpGuild is a star system in the No Man's Sky universe.

By PC explorer Celab99 in November 2018. It was explored and first documented by CELAB Galactic Industries. 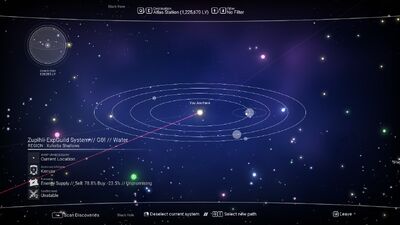 Documented by CELAB Galactic Industries based on site surveys in Nov 2018.