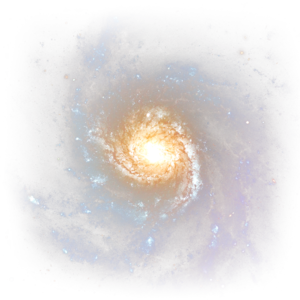 A galaxy is the second largest named object in No Man's Sky.

The universe of No Man's Sky comprises 255 unique galaxies, which in turn are comprised of around 3 to 4 billion regions, each of which contain more than 122 and up to hundreds of star systems. All star systems feature from 1-6 planets and moons, and usually a single space station.

Players start in galaxy 1, Euclid, and travel through galaxies in order by reaching the Galaxy Centre or jump several by finishing the New Beginnings primary mission. After the player leaves galaxy 255 (Iousongola), they return to the first galaxy again.

There are several methods of moving to a different galaxy, and various hazards and damages will occur during the transfer. 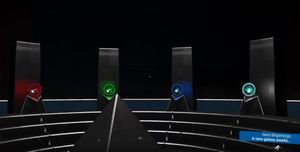 There are four types of galaxies:

The first handful of names are not as whimsically chosen as they look. Euclid was an early Greek mathematician who defined some of the basic mathematical rules for defining two dimensional shapes in both 2D and 3D space. This is followed by the Hilbert Dimension; Hilbert space is a mathematical framework for certain types of finite- or infinite-dimensional vector spaces that are central in for example quantum mechanics.

Next up, Calypso breaks from the mathematical/spacial references but is still related. Calypso is a mythological figure, which lured Odysseus from his path on the Odyssey and held him captive for seven years., Hesperius and Hyades are all names/terms that refers to the daughters of Atlas in Greek mythology. Beyond that point, the galaxies appear to have a similar naming scheme to the randomly generated planet names and are likely using the same generator.

The intent of the following list is to not only show a list of known galaxies, but to indicate the order in which they are visited by the player. When adding new galaxies, be sure to place them in the correct spot in the list.

Negative galaxies are presumed galaxies that precede Euclid (Galaxy 1). While No Man's Sky will generate names for an apparently infinite number of negative galaxy designations, these are all really just different names for the same place; all galaxy names and numbers below Euclid point to Galaxy 256, Odyalutai. 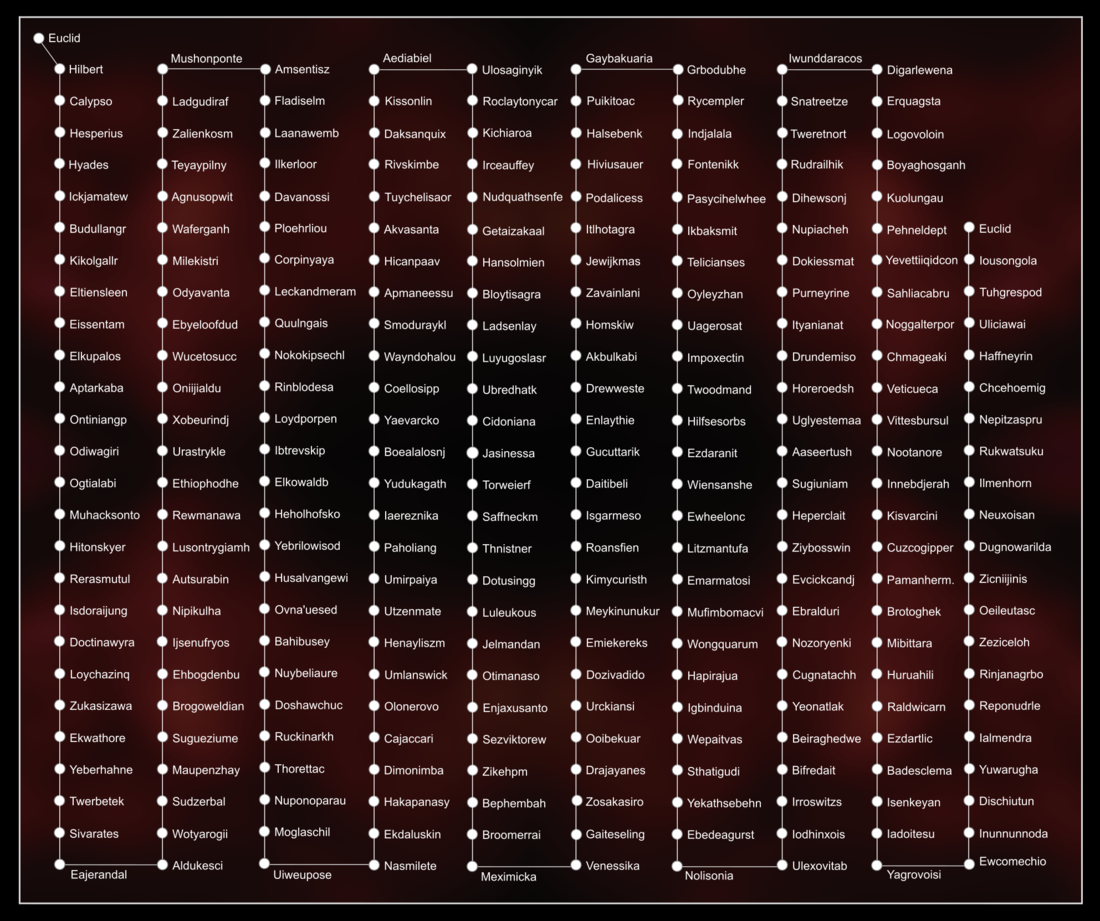