No Man's Sky is the reason for this wiki.

No Man's Sky, previously codenamed Project Skyscraper,[1] is a procedural science fiction game developed by English developer Hello Games out of Guildford, UK. Hello Games is best known for their Joe Danger series, and is bringing their unique development style to No Man's Sky. The game will feature planetary exploration, deep oceans, space-based battles, predators and prey, and much more across various procedurally-generated worlds. Each world will have its own ecosystems, rewards, and dangers, leading the player through the four core pillars of the game: Explore, Fight, Trade, and Survive. 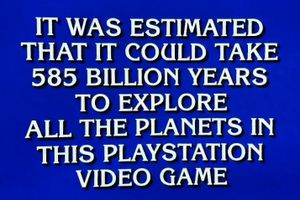 The game has had a series of major updates and patches since release, greatly expanding upon the original gameplay:

No Man's Sky is translated into various languages, although British English is considered as the official language due to Hello Games' location, and it is also the default language for the game.

The game itself does not present an option for language change, but it can be done in various ways: